The impact of LGBTQIA+ on construction

Here are just a few examples of LGBTQIA+ tradespeople and the impacts they have made on the construction industry.

In June 2022, we celebrate LGBTQIA+ Pride month. This is an opportunity to shine a light on the lives and contributions of the gay community. The impact of gay, lesbian, bisexual, and trans people in the construction industry is undeniable and deep-rooted. From inventions to architecture and more besides…

Here are just a few examples of LGBTQIA+ tradespeople and the impacts they have made on the construction industry.

Without the contributions of the gay community, the world would never have seen inventions like parachutes, diving suits, armoured tanks, helicopters, calculators, contact lenses, and more. That’s just from one member: Leonardo da Vinci.

What?! The guy who painted the Mona Lisa?

During World War II, many lesbian women found a sense of comfort when they joined the force. Many women in the UK and abroad were learning trades and gaining confidence. For some, their previously ridiculed ‘masculine’ tendencies and characteristics were now being celebrated.

Despite the fact that revealing their sexuality in the military was forbidden, many LGBTQIA+ members found a way to elude suspicion and make an impact anyway.

Like wartime radio technician Phyllis Abry, for example. She was featured in US propaganda as a representation of the ideal woman in the US Women’s Army Auxilliary Corps. Unbeknownst to the US military, they also selected Phylis’s lover Mildred as the other ideal candidate to be featured alongside her in the propaganda. In the past few decades, theories have been emerging among historians that examine how LGBTQIA+ members (especially LGBTQIA+ tradespeople) create and shape different spaces. This movement has become known as ‘LGBTQIA+ architecture’ or ‘Queer architecture’.

Eleanor Butler and Sarah Ponsonby or “The Ladies of Llangollen” are considered by many to be the mothers of queer architecture. When faced with the prospect of forced marriages, the two lovers ran away to a cottage in Wales where they made interesting and provocative structural enhancements. 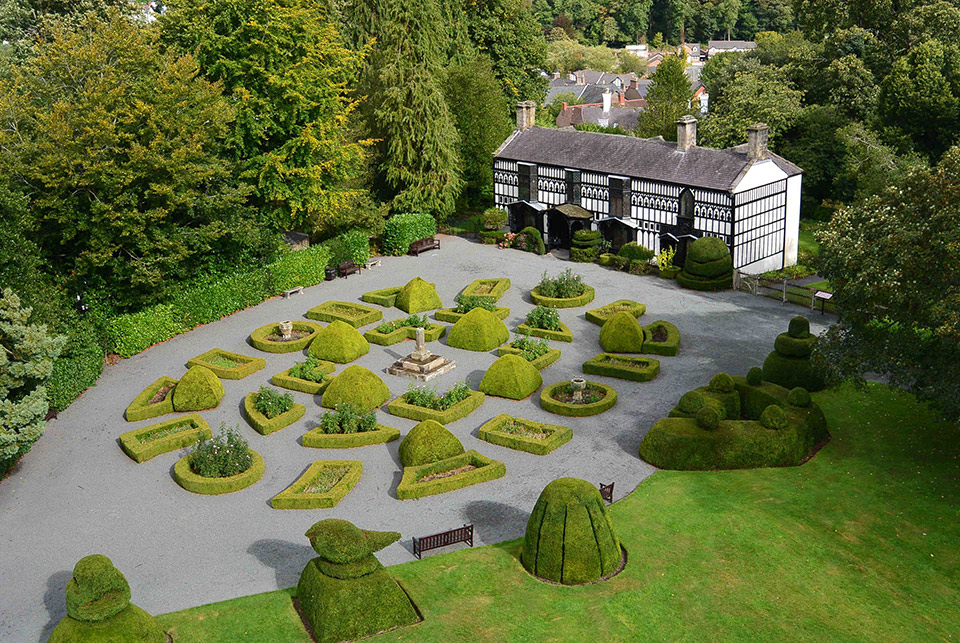 LGBTQIA+ allies are individuals who may not belong to the gay community themselves, but who help to create safe spaces for LGBTQIA+ people to flourish. Like tradesperson and LGBTQIA+ ally Sir Raymond McGrath.

When garden designer Sir Christopher Tunnard and his partner, Gerald Schlesinger asked the architect, Sir Raymond, to build them a house, he built them a fake wall to split the couple’s bedroom into two separate bedrooms when guests visited. This would make them appear as though they were bachelor housemates. This trick helped the partners to live together with greater comfort and confidence.

Do you have a story you want to share with us? Get in touch and let us know.

The first ladies of construction

Why you should read the women On The Tools white paper

Meet the UK plasterer transforming the homes of abuse survivors

2 months ago
View All

On the Tools is the largest online construction based community in the UK. Our mission to 'connect construction' is rooted in the belief that those in the construction industry deserve the same opportunities as those within the white collar world.

Submit your video, photo or story. From funny videos on site for our social channels to press release for our website - we want to tell your stories.

On the Tools is the number one place for Tradespeople to air their views, watch videos, read articles and share their content.

We use cookies on our website to give you the most relevant experience by remembering your preferences and repeat visits. By clicking “Accept All”, you consent to the use of ALL the cookies. However, you may visit "Cookie Settings" to provide a controlled consent.
Read MoreAccept All
Manage consent

This website uses cookies to improve your experience while you navigate through the website. Out of these, the cookies that are categorized as necessary are stored on your browser as they are essential for the working of basic functionalities of the website. We also use third-party cookies that help us analyze and understand how you use this website. These cookies will be stored in your browser only with your consent. You also have the option to opt-out of these cookies. But opting out of some of these cookies may affect your browsing experience.
Necessary Always Enabled
Necessary cookies are absolutely essential for the website to function properly. These cookies ensure basic functionalities and security features of the website, anonymously.
Functional
Functional cookies help to perform certain functionalities like sharing the content of the website on social media platforms, collect feedbacks, and other third-party features.
Performance
Performance cookies are used to understand and analyze the key performance indexes of the website which helps in delivering a better user experience for the visitors.
Analytics
Analytical cookies are used to understand how visitors interact with the website. These cookies help provide information on metrics the number of visitors, bounce rate, traffic source, etc.
Advertisement
Advertisement cookies are used to provide visitors with relevant ads and marketing campaigns. These cookies track visitors across websites and collect information to provide customized ads.
Others
Other uncategorized cookies are those that are being analyzed and have not been classified into a category as yet.
SAVE & ACCEPT